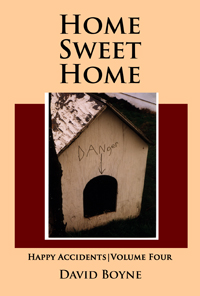 How Would Buddha Drive?
By David Boyne

“It is better to travel well than to arrive.”
—Buddha

Recently, a friend of mine who is a kind and gentle man who practices meditation daily and attends dharma talks on breathing…and peace…and being fully present in the present…asked for my help.

He told me that a traffic cop had pulled him over and cited him for driving 49 miles per hour in a 35 mile per hour zone.

He wanted my help in composing a letter that would persuade a traffic court judge to invalidate the ticket.

“Were you driving that fast?” I asked.

“Was the cop rude or abusive?”

“He was a cop! When he handed the ticket to me he grinned and said, ‘Have a nice day.’ But that’s not the point.”

I said, “So you were speeding, and you got a ticket, and you—”

This confused me. So I submitted a request that my friend explain. I said, “Huh?”

My friend began reciting the alphabet. “A: There were hardly any other cars on the road. B: Where he pulled me over doing 49 miles per hour was just half-a-mile before the start of a 45 mile-per-hour zone. C: He should be arresting criminals and drunk drivers, not ticketing good drivers.”

Having read several books by Buddhist teachers that my friend had loaned to me, I had learned of a concept called something like ‘full mind-body non-judgmental compassionate listening’. “Hey,” I said to myself, “Now might be a good time to try this stuff out.”

So I nodded thoughtfully at my friend. And I kept my mouth shut.

It worked. My attentive, non-judgmental listening encouraged my friend to tell me more. “I can’t go to Traffic School again!”

I absorbed this new information and, like a $300-an-hour therapist, I repeated my friend’s words in the form of an open question. “Traffic School? Again?”

“They only let you go to Traffic School once. Now my insurance will go up!”

“You have other tickets?”

He looked askance at me, as if a person without driving citations were as suspect as one who made his living as a telemarketer.

I made my expression vacuous, which, fortunately, comes naturally to me. This encouraged my friend to try to fill the vacuum that was me by telling how, along with the new $200 ticket for speeding, his driving résumé also included two recent citations for having failed to STOP. At red lights.

This information tripped up my novice skills of full mind-body non-judgmental compassionate listening and I was unable to keep my eyes from going wide, my eyebrows from arching, and the skin on my forehead from wrinkling.

Which made my friend indignant. He answered the accusation my misbehaving face expressed by stating, “I have never intentionally run a red light.”

He then explained that both his tickets for running red lights had manifested when his intention had been to speed through an intersection under a yellow light.

Having regained my composure, I simply absorbed this, and allowed it to fall down the deep well of my egoless listening until I heard a distant kerplunk.

My friend said, “Come here. I want to show you something.”

I followed him into his clean and well-organized garage. I looked at his car, a 10-year-old, fuel-efficient, modest little white sedan. It was the kind of car a citizen who meditates, goes to dharma talks, and votes a straight liberal ticket would drive. But in my imagination it now seemed a potentially lethal and wildly unpredictable weapon, and the metallic clicking of its still cooling engine sounded like a ticking time bomb.

My friend plucked a spray can from a shelf and handed it to me.

I wondered if my pacifist friend was now going to tell me that he had also been ticketed for spray-painting the word WAR on STOP signs? I covered my concern by asking, “What’s this?”

I read the label. While I recognized the tiny text as English, it was clear the author of it, no doubt while in law school, had perfected a way to use language without conveying meaning.

As I struggled to decode the label, my friend said, “I bought it somewhere on the internet. Right after the first red light. Paid $30 or $40 for it. What you do is, you spray it on your license plates. Understand? And the photos that the red light cameras take of your license plates are rendered unreadable.”

I looked at my friend. “Rendered unreadable? How?”

“That’s not the point.” He took the can from me and slowly waved it back and forth before my unblinking eyes, as if trying to hypnotize me. “I don’t know how it works. It’s patented. It’s supposed to make the license plate number blurred if you take a photograph of it.”

I nodded dumbly, realizing that I was in shock. Which actually made the work of being a non-judgmental listener much easier.  I asked, “And it works?”

We had, at last, arrived at the point.

The second time my friend had intended to speed through an intersection under a yellow light—but had unintentionally sped under a red light—the photographs which the automated traffic cameras had taken of his license plates had been clear and readable. Despite having been covered with the Magic Spray.

My friend sighed, “I should sue the manufacturer. But first I need you to help me write the letter to get the speeding ticket dismissed.”

As I drove home, I struggled to fit the very square peg of my friend’s tickets for speeding and for running red lights, and his attempt to thwart the intersection cameras—into the round hole of the person I knew who meditated for hours, always spoke softly and thoughtfully, and who went for month-long retreats at his guru’s compound in Colorado.

Which may explain why, when I got home I sat down at my computer and, rather than writing the firm, persuasive, irresistibly logical and heart-rending letter to a traffic court judge that my friend wanted, I began writing this pointless essay.

And as I wrote, an email from my friend arrived. It was clear that he had seen through my attempt at full mind-body non-judgmental compassionate listening and had sensed my dismay over his dangerous driving. As if in the middle of an argument, he wrote:

Heck, it was a left turn and I thought it was still yellow. You needn’t act as if I was going to kill someone. Besides, if you’re going to act as my “defense counselor/editor” I need you rooting for me.

I considered replying to my friend’s email: Do you think any of the drivers who ran red lights this year and sent 700-plus Americans into sudden and violent exits from this world intended to kill someone?

But instead, I returned to composing this essay, filled with a new appreciation for society’s complex, flawed, and vital infrastructure of traffic laws, and motorcycle cops; of speeding tickets, traffic schools, and traffic court judges; of insurance companies who raise their rates on drivers who erode their profits. And the thought crossed my mind that all these people and systems were dedicated to getting drivers to do the very things that any good Buddhist teacher tries to get her or his students to do:

I emailed my friend:

I recuse myself from the case.